The 2016 Annual Membership Meeting of the St. Croix Hair Sheep International Association was held in conjunction with the Oregon State Fair on August 26th and 27th at Salem, Oregon. The event covered two days with an education day on Friday with two featured speakers and extra education materials available. There was free admission to the Oregon State Fair on Friday for the St. Croix Open Feature Breed Sheep Show and free sea food banquet that evening at the Newport Bay Seafood Grill. On Saturday morning the Annual Membership meeting was held followed by raffled door prizes. The entire event was completed with a free lunch at the Almost Home Restaurant. Those attending had the remainder of the weekend to enjoy the fair or tour the State Capital or other sites in the State of Oregon. All of this was available of a nominal registration fee of $25.

The Annual Membership Meeting of SCHSIA will be held in Salem, Oregon during the Oregon State Fair on Friday, August 26th and Saturday, August 27th 2016.

From the 2015 SCHSIA Annual Meeting:

2015 President’s Report: State of the SCHSIA

Nutritional Presentation from the 2015 Education Day

Nutritional Considerations For Pregnancy and Health

Your Board of Directors has accepted the recommendation of the Nominating Committee and presents nominees for new officers and directors for 2016 as directed by the Bylaws of SCHSIA. These nominees are:

As per SCHSIA Bylaws, the Northwest Director and North Central Director will not come up for election until 2017.

The secretary of SCHSIA will accept nominations for any of these positions mentioned above by petition with a written acceptance of the candidate from any member in good standing. Also nominations will be accepted at the Annual Membership Meeting in Oklahoma this October with acceptance by the candidate nominated. If there are no further nominations than those presented by the Board, these candidates will be automatically elected as per SCHSIA Bylaws.

Note: Please be sure to register if you plan to attend the annual meeting so we can get a count of the attendees.

WE HOPE TO SEE YOU THERE! 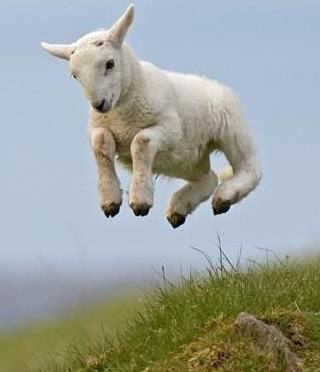 SCHSIA Vice President, Jason Pelzel, is heading a committee to plan the 2015 annual meeting. The meeting will be held at Langston University on Friday and Saturday, October 16th and 17th. The Friday educational sessions will be followed by the annual business meeting on Sat. at a hotel TBD in Oklahoma City, OK. Langston is located about 40 minutes drive North of Oklahoma City. Further details will be forthcoming over the next couple months, so stay tuned and check our web site.

Please see the attached announcement confirming election of Officers and Directors for this year.

Our association is up to 75 members and growing rapidly. Please visit our web site www.stcroixhairsheep.org for an updated list of members as well as other timely information about what is happening in YOUR association.

The new board would appreciate member input regarding your primary areas of concern for this year. So, if you would like to comment please reply to this email.

This letter is to bring you up to date with what has been happening within the St. Croix Hair Sheep International Association ( SCHSIA) the past few months.

Second, we have signed a contract with Associated Registries in Milo, Iowa and sheep can easily be registered or transferred as long as they conform to the original breed standards, white without color or visible scurs, and dues are current. Anyone paying dues after August 31st, 2013 to SCHSIA are paid through 2014. It has been necessary to start rebuilding our data base for our registry. St. Croix Hair Sheep Breeders, Inc. took over the data base and changed the breed standards without membership approval , and have taken the position of not sharing that data base, even though it originally belonged to SCHSIA. They will not release it without a court order. Even though a court order is attainable, the legal costs to do so are considered prohibitive The data base is being reconstituted by sending copies of father and mother pedigrees for all new registrations. Within a year to eighteen months the data base for our registry should be fully restored.

As this letter is being sent, by-laws for SCHSIA are being updated and a draft of those updates will be emailed to each member for approval . The original seven members who reinstated SCHSIA have worked very hard but it is time for the membership to select and elect officers and directors for the coming year . Please email any potential candidates to secretary@stcroixhairsheep.org, Edward Barnes, acting secretary, so that a slate of candidates can be formulated, and voted on by the membership. Your comments and suggestions are also welcome.

Work is continuing on our Website (www.stcroixhairsheep.org). We will be adding many features in the next year. In the future , we will be able to add pedigree information for each registered sheep as well as on line registration, and our data base will be totally controlled by SCHSIA.

We have placed a listing in the Breeders Directory of American Sheep Industry News, (monthly) and will be forwarding inquiries to our members.

The important thing to remember is that SCHSIA is totally dedicated to its membership. They run it and they control it. Again, we wish all St. Croix Breeders the happiest of holiday seasons and we look forward to 2014.