History of the St. Croix Sheep

Hair Sheep from West Africa were introduced into the Caribbean in the 1500’s. From this introduction, different breeds of sheep developed accounting for less than 2 million head throughout the Caribbean region. It is believed they descended from hair sheep from west Africa but some feel it is the result of crossing the Wiltshire Horn with the native Criollo. Mr. Arturo Christensen, one of the largest breeders on the Island, started Henry Shuester and his brother raising these sheep as teenagers. There were no other breeds. Henry Shuester said that a breeder got a lot of the white sheep in the 40’s and started selecting for the white polled traits. The rest of the island’s major breeders soon followed. 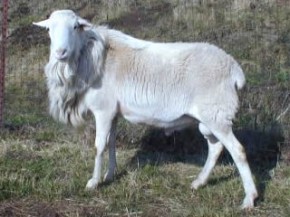 The St. Croix – also known as the Virgin Island White- was first brought into the United States by Michael Peil of Maine who imported 2 ewes and 1 ram in 1957. A second importation of 22 ewes and 3 rams by Dr. Warren Foote in 1975 was taken to Utah State University and it is from this second importation that the St. Croix breed has been established in the United States. Small flocks were established in Florida, North Carolina, Ohio and California in addition to Utah for experimental purposes at Universities, and from these flocks the St. Croix has spread and can now be found in all areas of the United States and Canada as well as Mexico and the Philippine Islands. The St. Croix registry was established in 1983 by Mrs. Helen Simpson and with the help of Mr. Cole Evans, a Utah State University Researcher and under the supervision if the St. Croix Sheep Breeders Association, Inc., predecessor to the St. Croix Hair Sheep International Association. In 1997, Mr. Charlie Bedinger was hired by Ag World Exports to take a selection team from the Philippines to select and buy 2000 sheep of various breeds. Part of this order was 300-400 St. Croix Sheep. This number was not available in the United States. Mr. Bedinger traveled to the Island of St. Croix and, thanks to Dr. Robert Godfrey of the University of the Virgin Islands, Henry Shuester, Commisioner of Agriculture on St. Croix and Mr. Arturo Christensen, was able to select 311 St. Croix for the team from the Philippines to review at his farm. These three breeders had all but a few of the St. Croix Sheep on the island. Only 209 were shipped back to the United States to Mr. Bedinger’s farm. The Philippine selection team chose 163 and the rest were purchased by Mr. Bedinger from the export company. Soon after that the borders of the US were closed to imports because of a tick that the live animals might be carrying. Mr. Cole Evans made a few trips to the Island to gather eggs and semen following this time period in an effort to widen the gene pool. Prior to hurricanes Hugo and Andrew, there were many more breeders and sheep on the island. 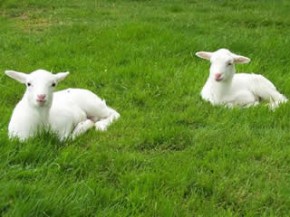 Hair sheep comprise approximately fifty percent of the world population and are primarily in tropical Africa, the Caribbean, South America, India and Asia. Caribbean hair sheep such as the St. Croix, are prolific and breed throughout the year and thus are of interest to the U.S. sheep industry. Currently the St. Croix are still a rare breed in the United States but more and more are registered each year because of their steadily gaining popularity with the sheep’s prepotency, proven parasite resistance, prolificacy and ease of management.